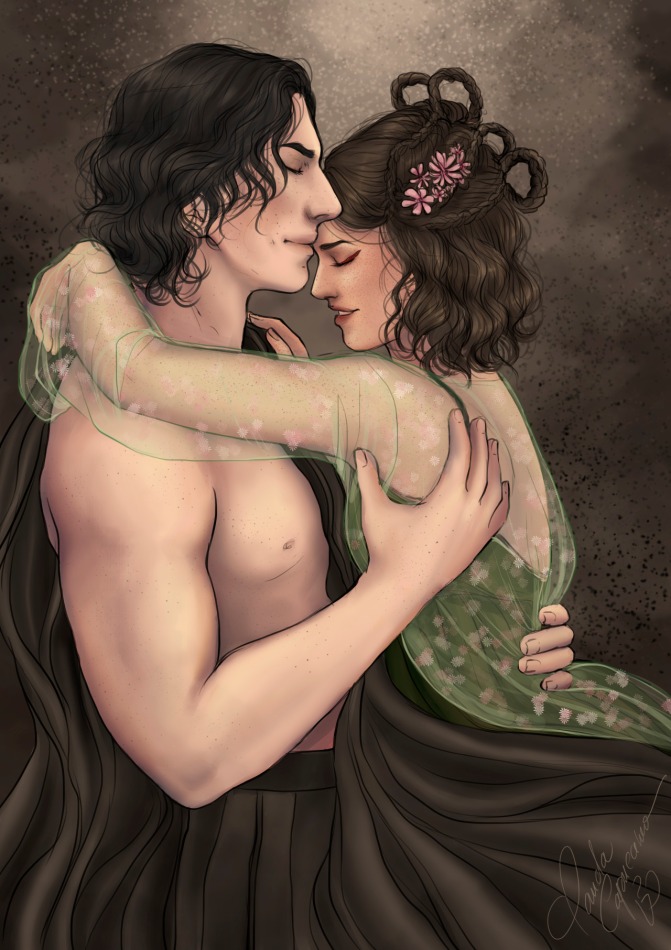 The Force. It surrounds and binds Kylo Ren and Rey. It can expose their every weakness. It can conceal their very presence. It can force them to deal with circumstances that occurs in the galaxy. Between the First Order and the Resistance. It can forgive them for their most egregious sins. Most of all, the Force give them a place, and island, of solitude and peace from a tumultuous ocean of star wars and brings them under the moon and its light as a reflection of themselves.