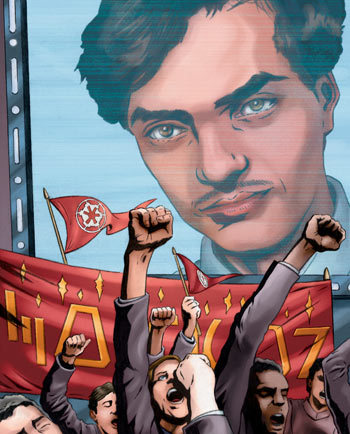 During a town hall meeting in
Imperial senatorial candidate Avemut Heat was asked about Emperor Sheev
Palpatine being a Jedi.

A man
asked, “We have a problem in this galaxy, it’s called Jedi. We know our current
Emperor is one. you know he’s not even an Human.”

Heat
said, “We need the question, but anyway.”

The
man continued, “We have Jedi Academies brewing where they want to kill us.
That’s my question, when can we get rid of it?”

The best in social media entertainment and performance.
View all posts by Star Wars Actors Guild 77 →
Image | This entry was posted in Uncategorized and tagged flip, flipped article in RL, HNRTN77, Jedi, sheev palpatine. Bookmark the permalink.
%d bloggers like this: