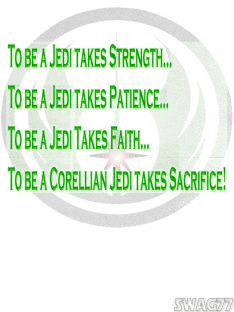 (via Star Wars Actors Guild 77 is a business first. That’s is how we role)

Here is our issue with people who bash us, we are a legal business and that means we are driven by profit. We do not have time for personality conflicts or personal problems.  Businesses cannot be driven by touchy feely and warm fuzzies. It is coming down to being serious due to payments in taxes and licenses and other activities.

So when we are harsh, there is a reason for it, we don’t have time to break through your walls of insecurity and beg you to help us. We are on the go. Because the above is what we have to deal with. That is outside the scope of roleplay. The owner decided that this is what we wanted to do with her life and she thought it would be a good idea that can be monetized and mean something great on the internet and social media. Sorry if you disagree with that, but that’s the motivation.

They diaper whiny babies are not allowed around us. Mature sophisticated people who want to create something great are. Not everyone can do what we do, we get that, there are other opportunities elsewhere. We will put you in touch with some of them, but this is what we do.

What the above email says is our Corellian Jedi (a concept made non-canon by Disney) T-shirts are removed due to Intellectual Property rights. Just words really, and some images. No one can OWN words unless they’re trademarked. Disney can trademark them because they have the money. The images…Yeah, harder to prove.

The questions is after 2 years of NOT selling (that’s the irony of this whole thing), did Redbubble decide it’s time to enact an IP claim by Disney?

Because DISNEY is about to include the CORELLIAN JEDI concept and bring is back to canon.

It’s a good idea. Let’s see what they can make of it.